Providers
Filter By
All
All
Aesthetics
Medical 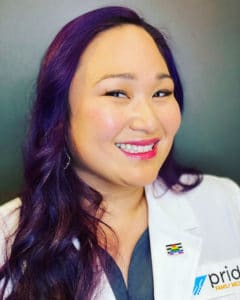 Raissa is an Owner of Pride Family Medicine and one of our certified Nurse Practitioner providers. Raissa has a special interest in providing personalized care to her patients. She enjoys seeing a diverse range of patients, including those pursuing bio-identical hormone therapy, transgender care and aesthetic services. She is also a certified BioTe provider. Raissa is currently accepting new patients. 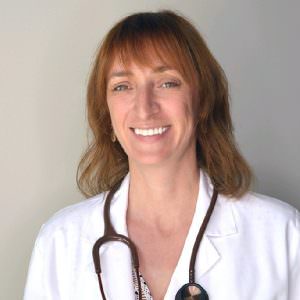 Ashley is a certified Nurse Practitioner that enjoys working with her patients to achieve their lifestyle goals and believes health care should be accessible to all. From wellness exams to sick visits to gender affirming care, she uses a harm reduction type model to collaborate with you regarding your dynamic health needs.  Currently accepting new patients. She is also a certified BioTe provider. 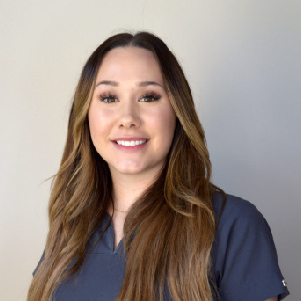 Lexi is a certified aesthetician and laser technician on staff to consult and serve our patients with clean, relaxing and professional aesthetic services that include microdermabrasion, skin peels, laser treatments, tattoo removal and other skin treatment products. 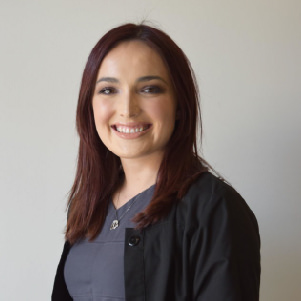 Monica is a certified aesthetician and laser technician on staff to consult and serve our patients with clean, relaxing and professional aesthetic services that include microdermabrasion, skin peels, laser treatments, tattoo removal and other skin treatment products. 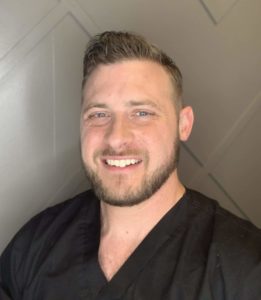 Eric is a board certified Family Nurse Practitioner and co-owner of Pride Family Medicine with his wife. When not at Pride, he is a current provider with US Acute Care Solutions and works in Emergency Medicine in Cedar Park, TX.  Eric is excited to see patients at Pride and brings a vast skillset to provide primary care, aesthetic, hormone replacement and urgent care needs. He is also a certified BioTe provider. Eric is seeing patients on a limited schedule. 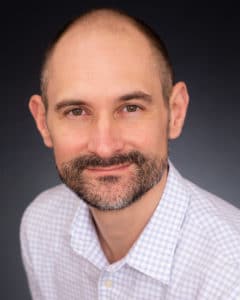 Jason is an alumnus from the University of Texas in Austin, where he is an clinical instructor in the School of Nursing. Jason began his journey in medicine as an EMT in New Orleans where he practiced as a paramedic and worked in 911 for the city and during hurricane Katrina. He became a registered nurse and was drawn to a holistic and person-centered care in medicine. He pursued Chinese medicine at the Academy for Oriental Medicine at Austin and became a licensed acupuncturist. Wanting more from the world of science, Jason attained a master’s degree in nursing and became a family nurse practitioner. He is currently enrolled in a PhD nursing program with a research focus in human trafficking. His medical background includes family practice, traditional Chinese medicine, urology, emergency medicine, chronic pain and rehab, hospice and palliative care and skilled nursing. He enjoys a healthy lifestyle as well as dining out, art shows, live music, and volunteering. Jason strives to combine science and holism in caring for his patients.

Or complete the contact form and we will send you a confirmation within 24 hours.

In observance of the Christmas Holiday, Pride will be closed on
December 23rd and 24th.

In preparation for the New Year Festivities, Pride will be closing at 1pm on December 31st.
We will resume normal business hours on January 3rd.